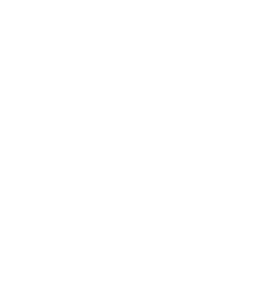 Say hello to us!

Ben Hayes has been working with Highland Park for the past 10 years. Ben has 5 kids, and is married to Kenya Hayes. He received an undergraduate degree in Bible and continued his education with a Master's degree from the University of North Alabama and an Education Specialist degree from the University of Alabama in Counseling. In addition to his work at Highland Park he has a private counseling practice that includes some work with Mars Hill Bible School.

Mike Brooks has served as the Minister of Missions and Evangelism since 1999, but has been directly involved in campaigns to South Asia since 1993. He currently spends approximately 6 months each year, divided between two campaigns to the region. During the remainder of the year he works to raise funds so that this work can continue to grow. Funding comes from congregations and individuals located in more than one dozen states.

Will Myhan has served as the youth minister since June of 2016. He grew up in Florence, Alabama where he attended the Salem Church of Christ. He graduated from Mars Hill Bible School in 2008. He attended Freed-Hardeman University and earned a degree in Family and Youth Ministry. During college, he worked with the Lewisville Church of Christ outside of Dallas, TX for the summers of 2010 and 2011. He worked with the Huntingdon congregation in west Tennessee before moving to the Highland Park family in June of 2016. Will is married to Lynsey, and they have a beautiful daughter, Emmie!

Rhonda Cole has served as the secretary for the Highland Park family since 2003. She loves serving Jesus in any capacity in which she can. Rhonda has 5 grandchildren and 4 great grandchildren.

Jenny Bacon joined the office staff as secretary in early 2019. She attends Highland Park with her husband Jimmy. She enjoys spending time with her family and teaching Sunday night Bible Study for the 1st & 2nd Grade class.

Get in touch with the Highland Park office directly here.

Get in touch with the Highland Park office directly here.

"A place to make Jesus King!"